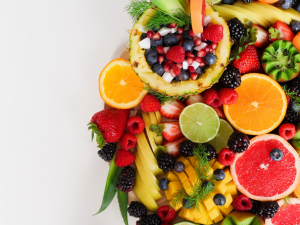 Self care is not a face mask.

Face masks, bath bombs, candles, pedicures. We think of these things as self-care in an indulgent sense, catapulted off the “treat yo’ self” mentality. But, is self-care as extravagant as spending half the day at a spa? It doesn’t have to be.

Self-care is a catch-all term for a very basic concept: taking good care of yourself. It means doing our best to take care of our minds, bodies, and souls. There are several ways to do this that don’t necessarily include scented candles.

The Bottom of the Hierarchy

If you took Psychology 101, you’re probably familiar with Abraham Maslow. His “hierarchy of needs” outlines our needs as a human being – from basic needs to more elaborate. At the base of the hierarchy are physiological needs – our biological requirements for survival. These include food, drink, shelter, clothing, and sleep. If these basic needs are not met, we’re unlikely to pursue things like safety, relationships, belonging, and self-esteem.

In 2014, the CDC found that 35.2% of American adults slept less than 7 hours per night. People suffering from sleep deprivation have a higher chance of developing diseases such as coronary heart disease, depression, and diabetes. A good night’s sleep can lead to reduced stress and improved memory, as the brain processes and makes connections during the deep sleep phase. Getting an extra hour or two of shut eye is key in taking care of yourself. If you’re a working adult who wakes up between 6-7am most weekday mornings, that would necessitate getting to bed at 10-11pm. Put down that game of Candy Crush, and hit the sheets.

It sounds like a no-brainer, but getting enough water is paramount to health and self care. The average American drinks 38 oz of water per day, compared to the recommended 64 oz. Not drinking enough water can drastically alter your mood, energy level, and ability to think clearly.

Proper hydration leads to higher physical performance, and increase brain function. It’s one of the best ways to function optimally, which is self-care #goals.

It is well-documented that a high percentage of Americans are measured as obese. But regardless of your weight, what you are eating is just as critical to how much you are eating for your overall functioning. An easy, instant way to increase your energy during the day is with caffeine or sugar (i.e. your afternoon Starbucks run). Caffeine and sugars can increase our levels of cortisol and adrenaline, which result in an increase in our heart rate and blood pressure, making us more alert. Great for that afternoon slump, right? This surge of adrenaline can also mimic symptoms of anxiety, as well as lead us to a low blood sugar crash. In short, the swift increase in energy can lead to a crash and create negative symptoms that make us feel even less energized overall.

In our busy world, it might seem easy to skip lunch to get work done, and drink another cup of coffee instead of water, but making some easy adjustments like this can be an easy way to take care of yourself.

It’s important to note that you can’t “self-care” your way out of anxiety, depression, or other serious mental health issues. If you’re having difficulty with taking care of your basic needs and mood, let us know.

Let Us Help You