Suicide can be a stigmatized and taboo topic, but at Sunstone we believe raising awareness can save lives.

Suicidal thoughts can affect anyone regardless of age, race, gender or background, and suicide is the second leading cause of death for individuals between 10 and 35 years old.

If someone you love talks about suicide, or you’re experiencing thoughts of dying, please know you are not alone.

We have a team of dedicated counselors to support those facing thoughts of suicide, and those who have lost loved ones to suicide.

Our counselors are trained in CAMS (Collaborative Assessment and Management of Suicidality), an evidence-based, collaborative framework where counselors and clients work together to treat suicide risk. CAMS is a warm and collaborative approach that helps clients discover a life worth living.

If you or someone you know is in a medical emergency, call 911 immediately.

If you or someone you know is struggling or in crisis, help is available. Call or text 988 or chat 988lifeline.org to reach the 988 Suicide & Crisis Lifeline. 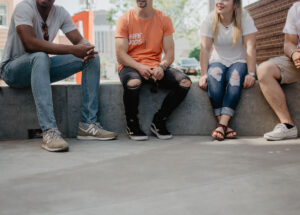 Suicide was among the top nine leading causes of death in 2020 in the U.S., so it’s critical that we talk openly about it to help those impacted by suicide, and to prevent future incidents. Since everyone processes emotions and situations differently, the ways in which suicidal thoughts show up in a person can vary greatly. Being able to spot some of the ways that suicidal thoughts present themselves is the first step in prevention and getting a loved one the help they need. 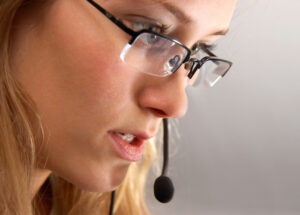 We applaud the nationwide launch of the 988 Suicide & Crisis Hotline on July 16. 988 has been designated as the simplified three-digit dialing code that will route callers to the National Suicide Prevention Lifeline, connecting callers to trained counselors 24/7 for free. While 988 is not a new number, it was previously only accessible in certain parts of the U.S., so this marks the first time it will be available nationwide. 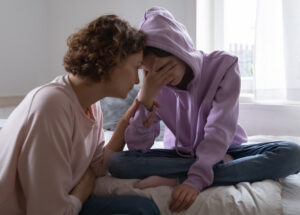 As teens struggle through the tough transition period of childhood into young adulthood, it can be difficult to decipher a teen’s behavior. Are their out-of-control emotions and conduct a result of the natural process of adolescence, or is it something more serious?

Begin Your Journey to a Brighter Tomorrow.